The Fightin' Irish of Notre Dame 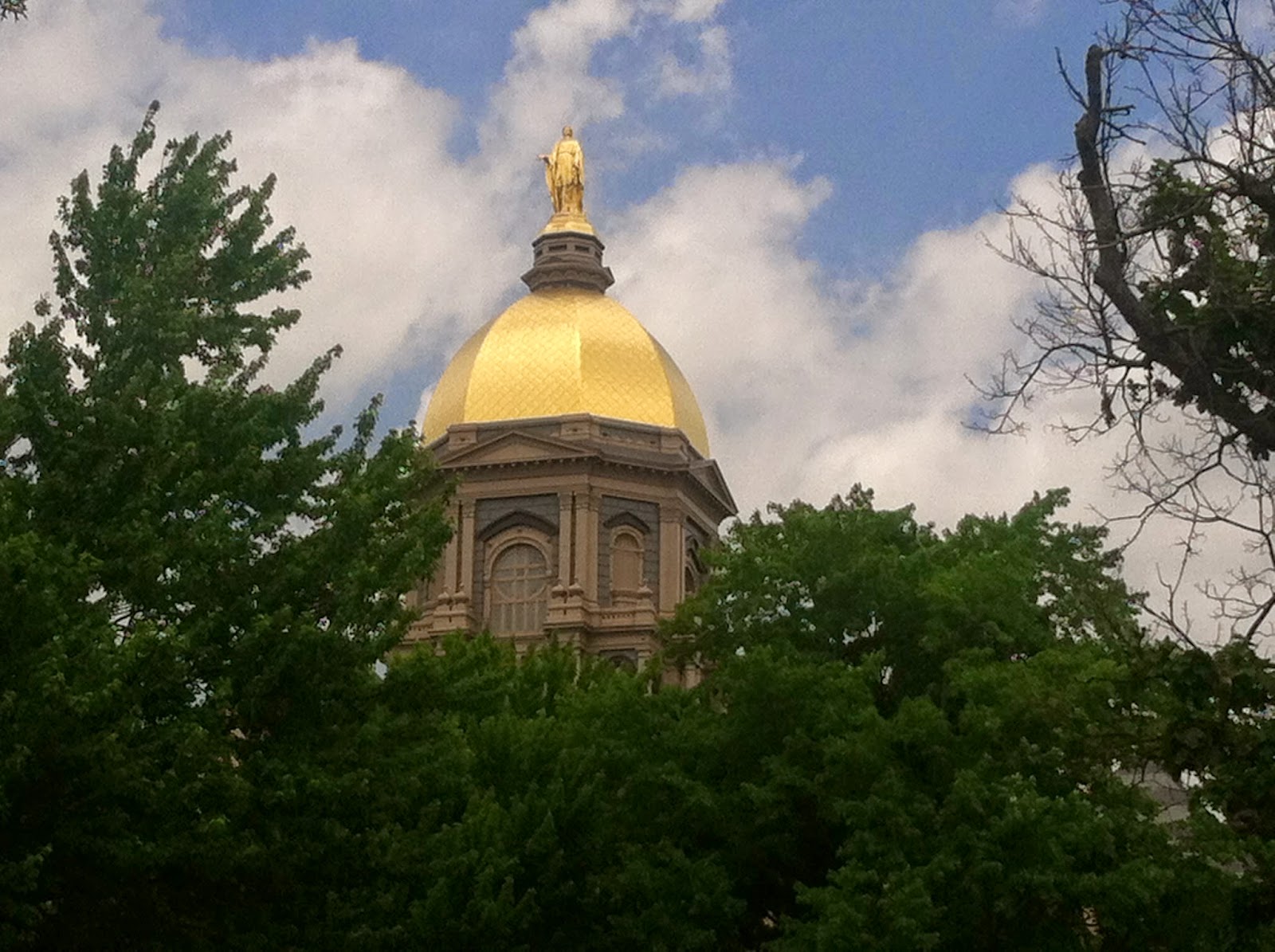 The University of Notre Dame is one of three colleges located just outside of South Bend, Indiana. It boasts to being the most "National university in the United States," because students travel an average of 850 miles to attend. This top liberal arts college and research institution is home to nearly 8000 undergraduate students.

The geographically diverse campus is also proudly Roman Catholic, with 80% of all student self-identifying with Catholicism and 93% of a Christian faith. Founded by the Congregation of the Holy Cross in 1842, Notre Dame du Lac (French for "Our Lady of the Lake") has a multitude of religious statues, murals and aspects throughout campus. These include the eight story high The Word of Life mural on the Hesburgh Library ("Touchdown Jesus" for football fans) and famed Notre Dame Grotto to Our Lady of Lourdes. Though, being Catholic is not required for attendance, the university boasts the largest Campus Ministry office in the entire United States while celebrating over 100 Catholic masses a week in one of the 57 chapels throughout campus. For football fans, the Notre Dame Basilica celebrates mass a half hour after the end of each home football game. 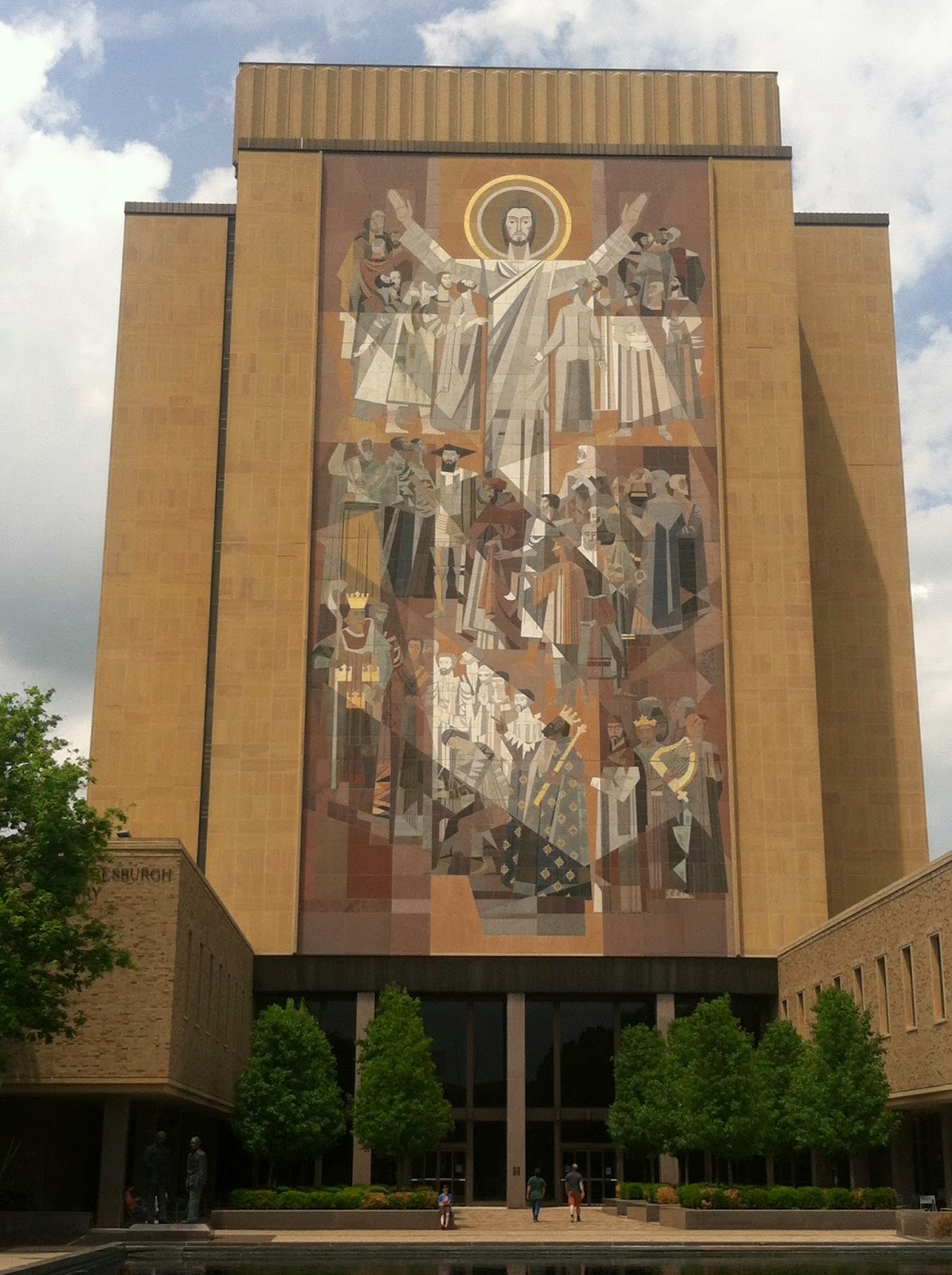 When fellow alums meet for the first time, the first question usually asked is, "what dorm did you live in?" Living in one of the 29 dorms on campus helps to create an identity for students, especially since Greek life is non-existent on campus. Students create their sense of dorm identity by competing in interdorm competitions (such as intramural sports), celebrate mass in their individual dorm chapel or participate student dorm government. The dorm culture is so strong that 80% of all undergraduate students live in dormitories all four years on campus.

One of the five colleges in the university, the Mendoza College of Business is ranked among the top five business schools of U.S. colleges by various sources, including #1 by Bloomsburg Businessweek for five consecutive years. Established in 1921, this prestigious college offers six undergraduate degrees and four graduate degree programs. Upon completing the unique First Year of Studies program, business majors enter the Mendoza College their sophomore year. Starting with the 2014 college application season, first year applicants will mark this college's preference as a course of study, thus being "pre-approved" for admission into Mendoza upon meeting first year studies requirements. 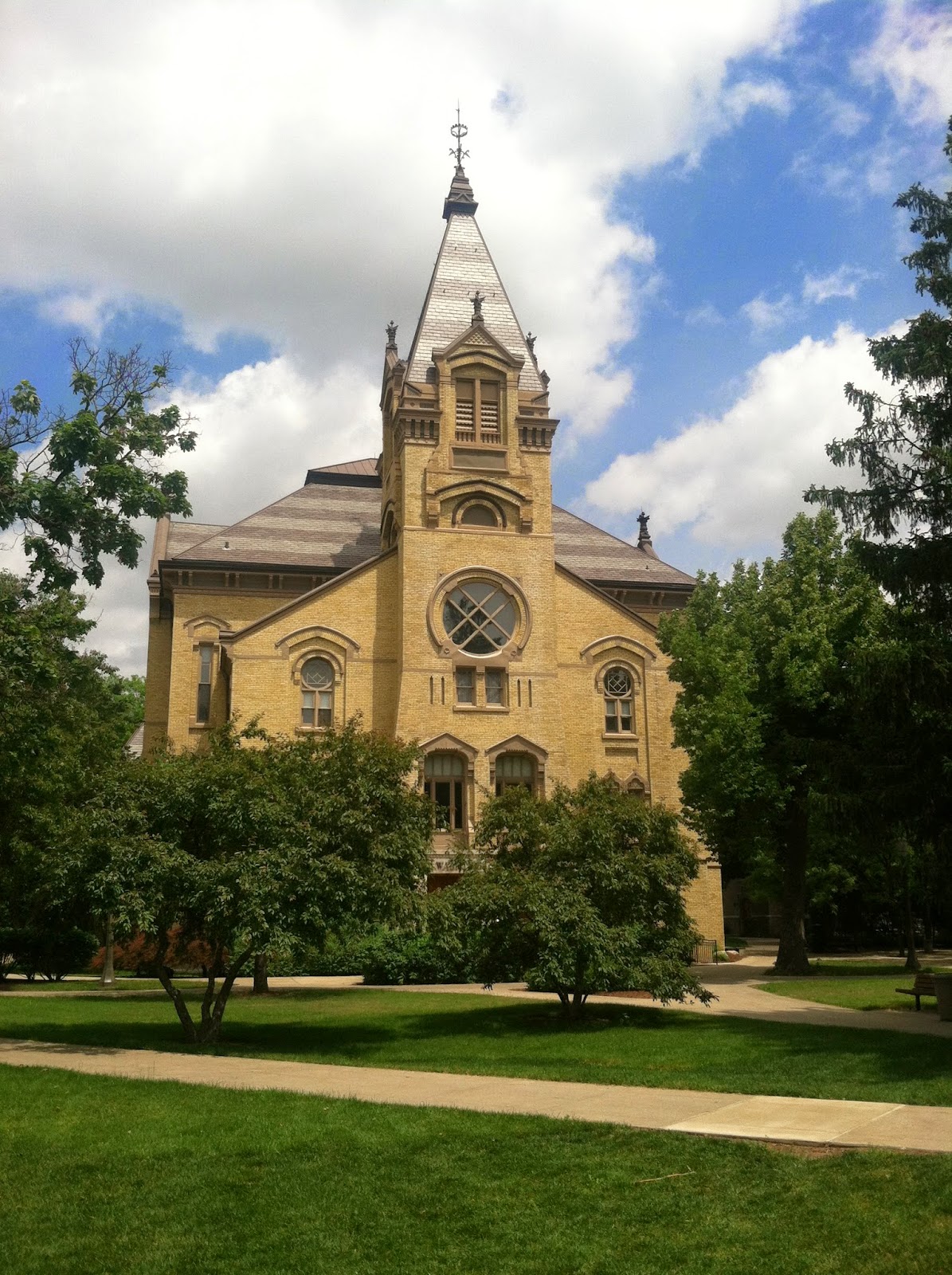 The School of Architecture

The School of Architecture was formed in 1899 and was the first Catholic university to award this degree in 1898. The smallest of the six colleges in the university, this five year program requires all juniors enroll in The Rome Studies Program. This 3rd year program provides students the opportunity to study sustainable architecture and urbanism while living in Rome, Italy. Upon return to campus, fourth and fifth year students will take their experiential learning and apply it to American city planning and eventually their individually chosen thesis project.

To learn more about the Fightin' Irish of Notre Dame or how to apply for admission to this highly selective college, contact us.
Posted by In and Around the Quad at 7:29 AM No comments: