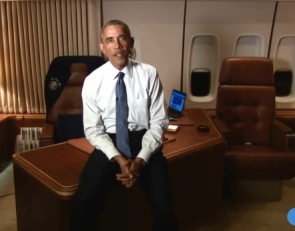 President Obama recently proposed two years of free community college tuition to all. This blog post will delve further into this proposal.

America's College Promise proposes free tuition during the first two years of community college. Students would be eligible to receive up to $3800 a year for tuition and fees by maintaining  a minimum C+ average in high school, attending school at least part-time and making steady progress towards their degree.

At the State of the Union, President Obama stated "world-class education starts with
children, but that adults need training, too.... we also have to make sure that everybody has the opportunity to constantly train themselves for better jobs, better wages, better benefits."

President Obama wants to "make community college as universal as high school" This plan estimates help to over 9 million students, by granting two years of free college tuition at one of  1100 community colleges across the United States.

America's College Promise would boost college enrollment, especially among lower income students. In addition, with only one-third of all community college students obtaining a two year degree, this proposal incentivizes students to remain in college for at least two years.

This plan also addresses the student debt crisis by potentially eliminating the need for student loans for the first half of their college education. In addition, this proposal ensures community colleges offer credits that fully transfer to local public four-year universities. This, in itself, will ease the student debt crisis by guaranteeing courses that will transfer, allowing for graduation within four years.

The most obvious argument for dissenters of this proposal is the estimated cost of nearly $70 billion. The federal government would cover 75% of the costs, though not as a direct payment to students. This would be to states who agree to 'evidence-based institutional reform.' Each participating state would cover the remaining tuition costs.

Some critics argue this plan will benefit higher income families, rather than the intended lower income student population. For the neediest students, Pell grants (up to $5730 a year based upon annual income) already assists with tuition, transportation, and other associated costs of attendance. Thus, families who might already afford community college will now receive government assistance. 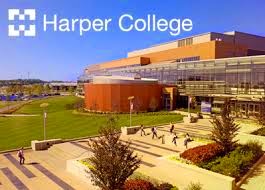 By proposing the idea of free community college, President Obama reminds us of his North Star 2020 campaign promise, "by 2020...the U.S. should be the best-educated country in the world" and create "a better-educated workforce...which is key to the nation’s ability to compete in the global economy."

Will America's College Promise pass in Congress? An argument can easily be made for either side. Continue to follow developments on our FaceBook page, or contact us for more information.
Posted by In and Around the Quad at 6:03 PM No comments:

Many colleges require families requesting financial aid to submit their FAFSA within the next few weeks. If you are unsure what FAFSA means, read a previous blog post. Now that you understand this financial aid form, let's discuss a few popular myths associated with the FAFSA.

MYTH #1: I need to file my taxes before submitting the FAFSA.
•     False. A family can submit their FAFSA by providing a reasonable estimate of their 2014 income taxes. The United States Department of Education works with the Internal Revenue Service to help connect a family's FAFSA information with their tax return once submitted. The earlier the FAFSA is submitted, the sooner the financial aid packages will be sent by schools.

MYTH #2: Families that make too much money should not complete a FAFSA.
•     False. There is no income ceiling to prevent a family from qualifying for federal student aid. There are several factors that go into the financial aid report besides money. Information such as size of family and the number of children concurrently in college. According to Sallie Mae, the typical family earning more than $100,000 received $5,451 in grants and scholarships during the 2012 academic year. Also, the FAFSA is only for federal student aid. Colleges can and will give out their own aid, such as merit scholarships. Most schools will require a completed FAFSA in order to award this scholarship. The FAFSA is simply a starting point.

MYTH #3: Colleges only look at what is stated on the FAFSA, though my situation has changed.
•     False. The Estimated Family Contribution (EFC) is only a government recommendation. Parents are encouraged to contact the financial aid office at each college to appeal their financial aid package. This office can make adjustments if there have been changes to a family's income or assets. Examples of items that may not show up on the FAFSA; loss of a job, using savings to start a new business, medical bills and/or having another child.

As you can see, all the myths were false. Do not believe everything you hear from people who have completed the FAFSA in the past. If you need correct answers to other college financial aid myths or perhaps have other college admission questions, Contact Us.

Make sure to visit our Facebook and Twitter pages for tips and advice.
Posted by In and Around the Quad at 5:55 AM No comments:

January 1st was a very important date. Not only did it signal a new year, but it was the date the 2015-16 FAFSA was released. What is the FAFSA? It is the Free Application for Federal Student Aid. It is an annual form produced by the United States Department of Education used to determine a family's Expected Family Contribution (EFC) for college.

How Does It Work?

The FAFSA is a 103 question form used to determine a family's EFC for college. Financial information is imputed into a formula developed by the United States Department of Education to determine the EFC. The EFC is then forwarded to up to ten designated colleges to individually determine a student's financial aid package.

How Does a Family Complete the FAFSA?

The form can be accessed online beginning January 1st of each year and is submitted electronically. A family can opt to print a copy and send it via mail, but this will delay the process 2-4 weeks. The earlier the FAFSA is submitted, the quicker the information is received by each college. The longer a family waits to submit their FAFSA can lead to a college having less financial resources to award to a family.

What Information is Required?

To complete the FAFSA, families will use their completed 2014 IRS Form 1040 for both the parent(s) and the student. Many of the questions ask about specific 'lines' on the tax form, such as adjusted gross income and balance of cash (savings and checking account). Other questions request information regarding a family's net worth (trust funds, stocks, bonds, certificate of deposits, etc...) and the number of children that will be attending college concurrently.

Complete whichever IRS Form 1040 as soon as possible. A parent can estimate their earnings when entering data on the FAFSA. It is imperative to return when taxes are complete to adjust and provide accurate figures. The quicker taxes are filed, the sooner an actual EFC will be calculated. The student will then be closer to the front of the line to receive maximum financial aid award from each college. Make sure not to rush when you are Entering in data. There are an average of 10 errors estimated per form. Remember, the form is free. One should not pay to access a FAFSA website.

In addition, keep as many assets out of the student's name as possible. This may not be possible if you have a senior in high school. But if you have a junior or younger, make sure to read this crucial information! Student earnings are weighted more heavily than parental assets (nearly 20 cents to the dollar). Why is this? The logic is that a student has saved money for college. Though this might not be the case. Make sure to legally change the location of your high school student's assets by their 2nd semester of junior year or 1st semester of senior year (the FAFSA uses the previous year's tax returns remember, not the year they begin attending college). A FAFSA must be submitted each year a student is looking for financial aid; from the first year in college, until the last year of their doctoral program.


If you have any questions or comments about the FAFSA, send us a question via Facebook or contact us.
Posted by In and Around the Quad at 10:20 AM No comments: